I suppose tourists who come to Japan go to Tokyo first, The place I would recommend is Okinawa in Japan, Okinawa is the southernmost prefecture of Japan and so I especially recommend that who want to snorkel, scuba diving, beach activity and things if you want to feel nature and see such a crystal clear beach you should go there.

How to get the Naha

I always fly with Skymark from Kobe airport to Naha airport when I go to Naha. 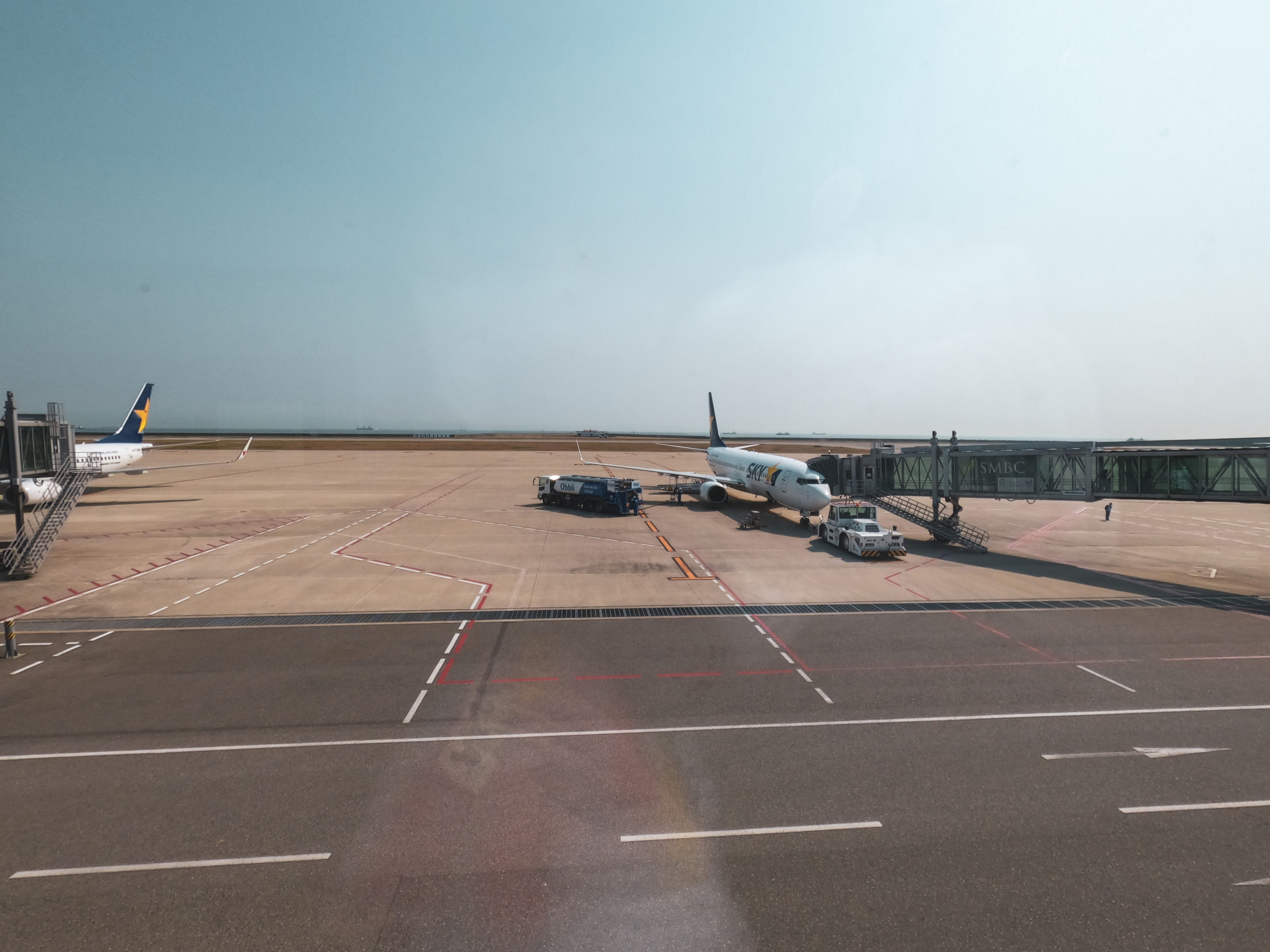 JAPAN AIRLINES is a famous airline company in Japan, among these, It’s cheap especially Peach Aviation and Jetstar Japan because these two are lcc.

How to transportation in Okinawa?

Rental car
Those who international visitors must have international driving permit and passport when rental car in Japan.
They say the number of visitors who use a rental car is increasing.but most visitors not used to driving in japan and so it is important to follow the traffic rules and please have a safe drive.I recommend these car rental shop.

These shop is included a free shuttle bus from between the airport and car rental shop.

Also there is a train in Okinawa that the train is running from between Naha airport and Tedako Uranishi Station. It is very convenient If you only want to go to Main spot. but I can’t recommend if you want to go to many different beaches and Churaumi Aquarium and so forth.

Tour bus
There are many different bus tours company in Okinawa. You can buy tickets at Airport tourist information center,Naha bus terminal and Okinawa Bus Headquarters etc.The tour bus is surprisingly cheap and take you to the north place and so forth.

We visited Okinawa the middle of May, and so It was not too hot and more comfortable.We made travel plans to spend in Naha for two nights and went to a day trip to Tokashiki island on a ship.
We rented a car at Times car rental and headed off to the cafe called Hamabe-no-kitchen Momembaru in Yomitan. 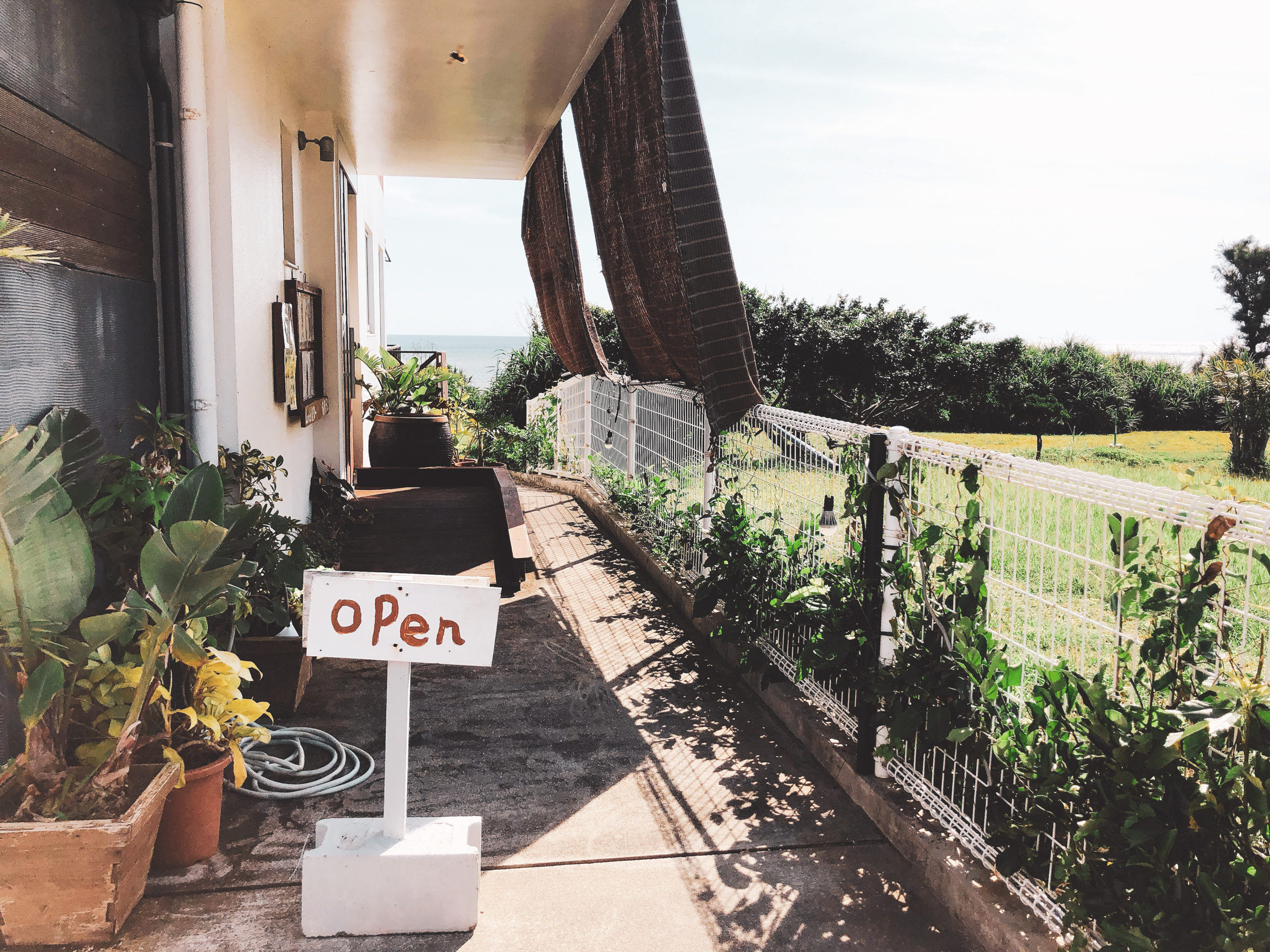 You can overlook the ocean while eating lunch. and I ordered the pasta that was delicious! 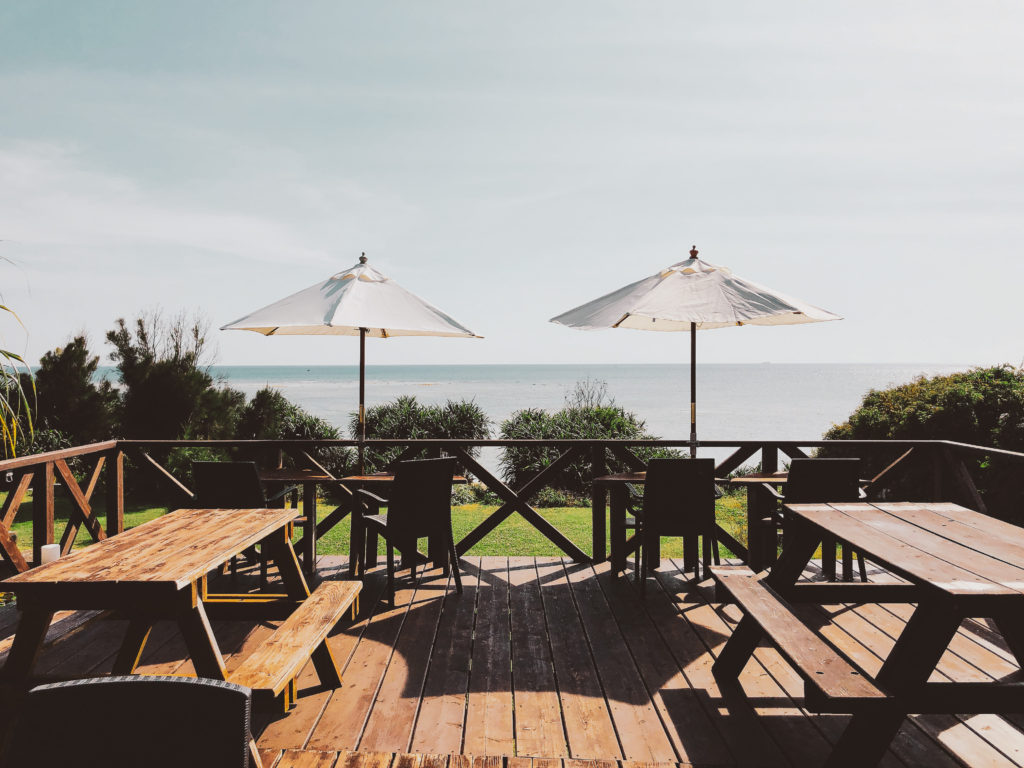 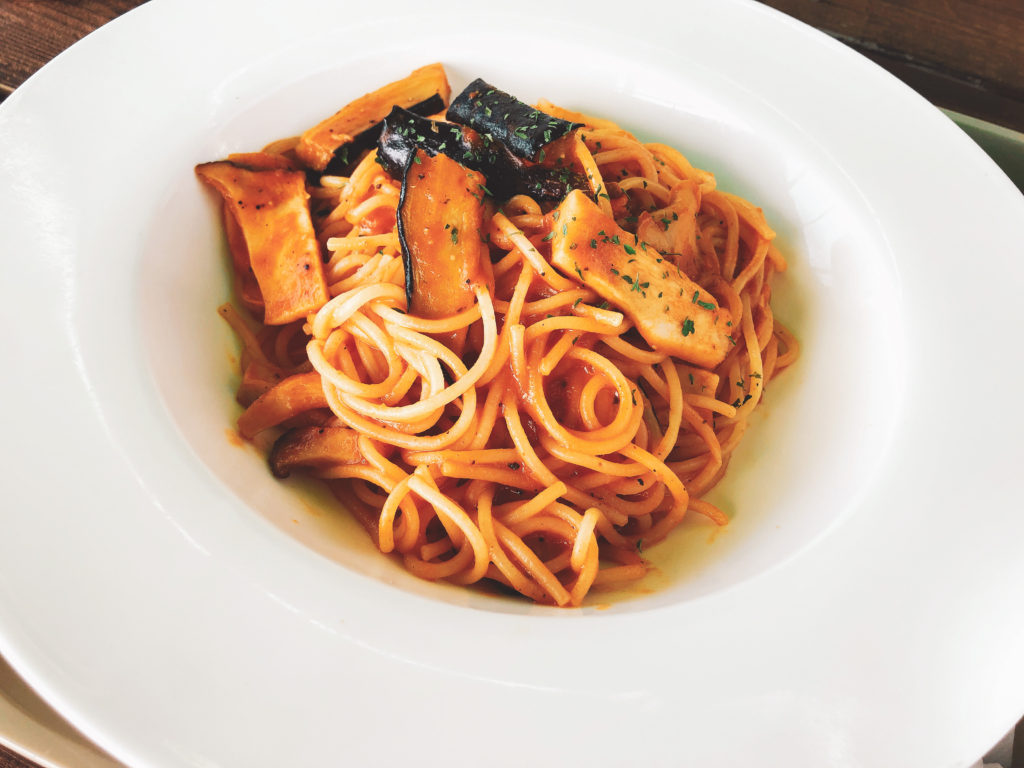 And we went to see the sunset over the sea at Nirai beach after ate a late lunch.
it’s such a beautiful sunset I was fascinated by the view and that’s a perfect place to take a pictures. 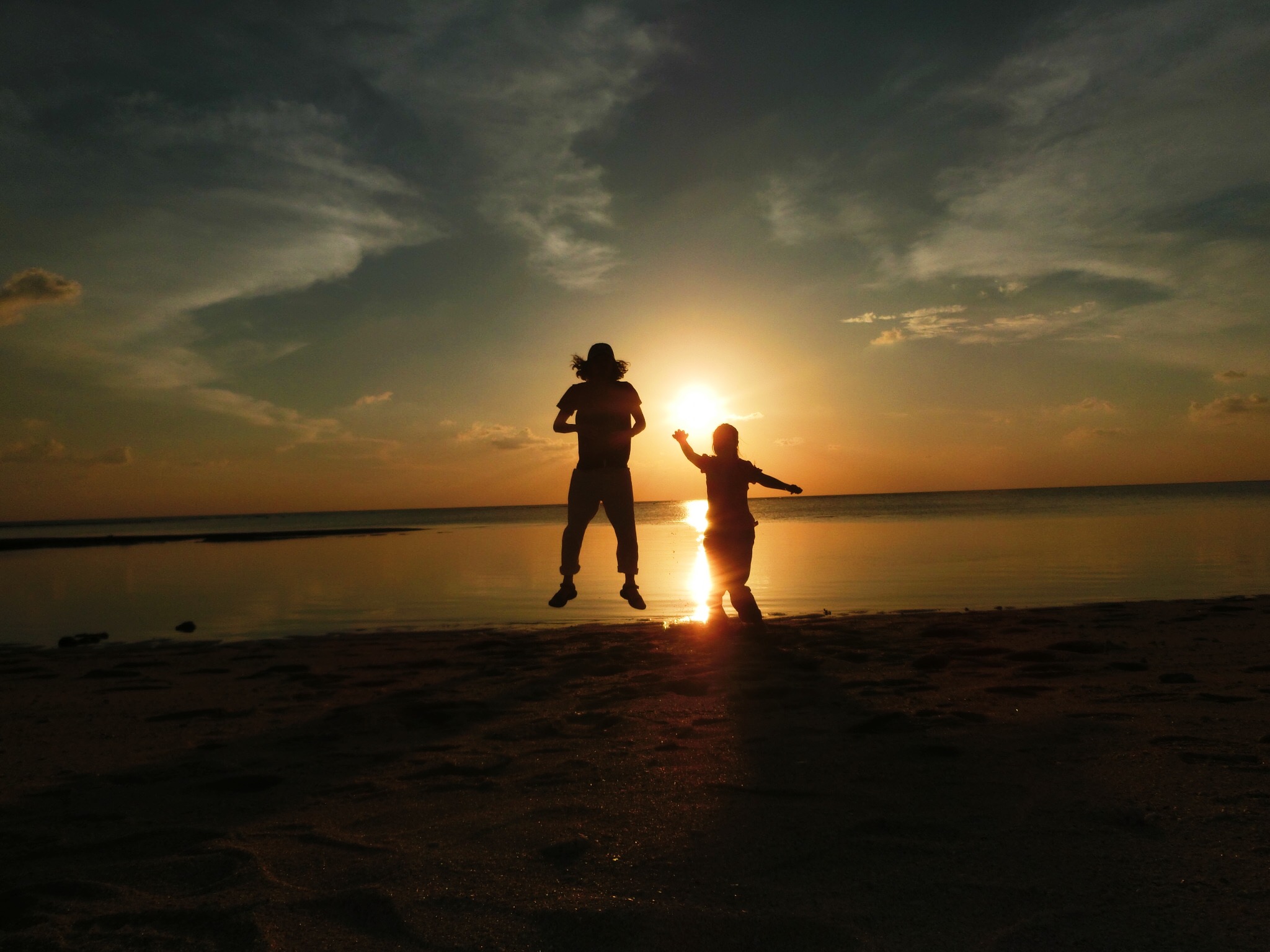 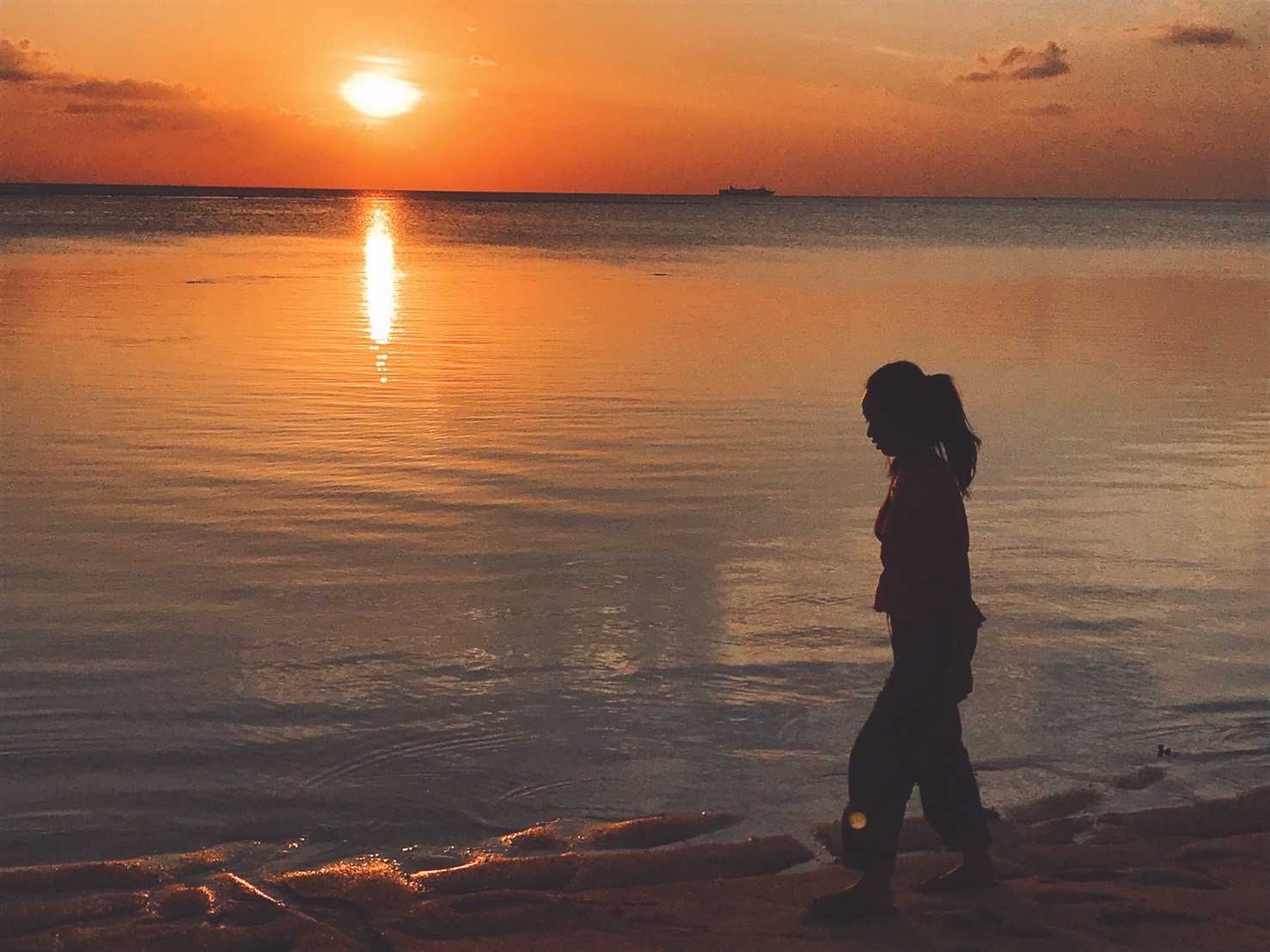 After that we went to the Izakaya because we have wanted to eat Okinawa cuisine. ‘’Izakaya’’ a Japanese style pub, we can order different dish and alcohol. There are so many different types of Izakaya on the Kokusai Street.
If you come to Okinawa you should try to sea grapes, Jimami Tofu, Mimigar, and traditional liquor. 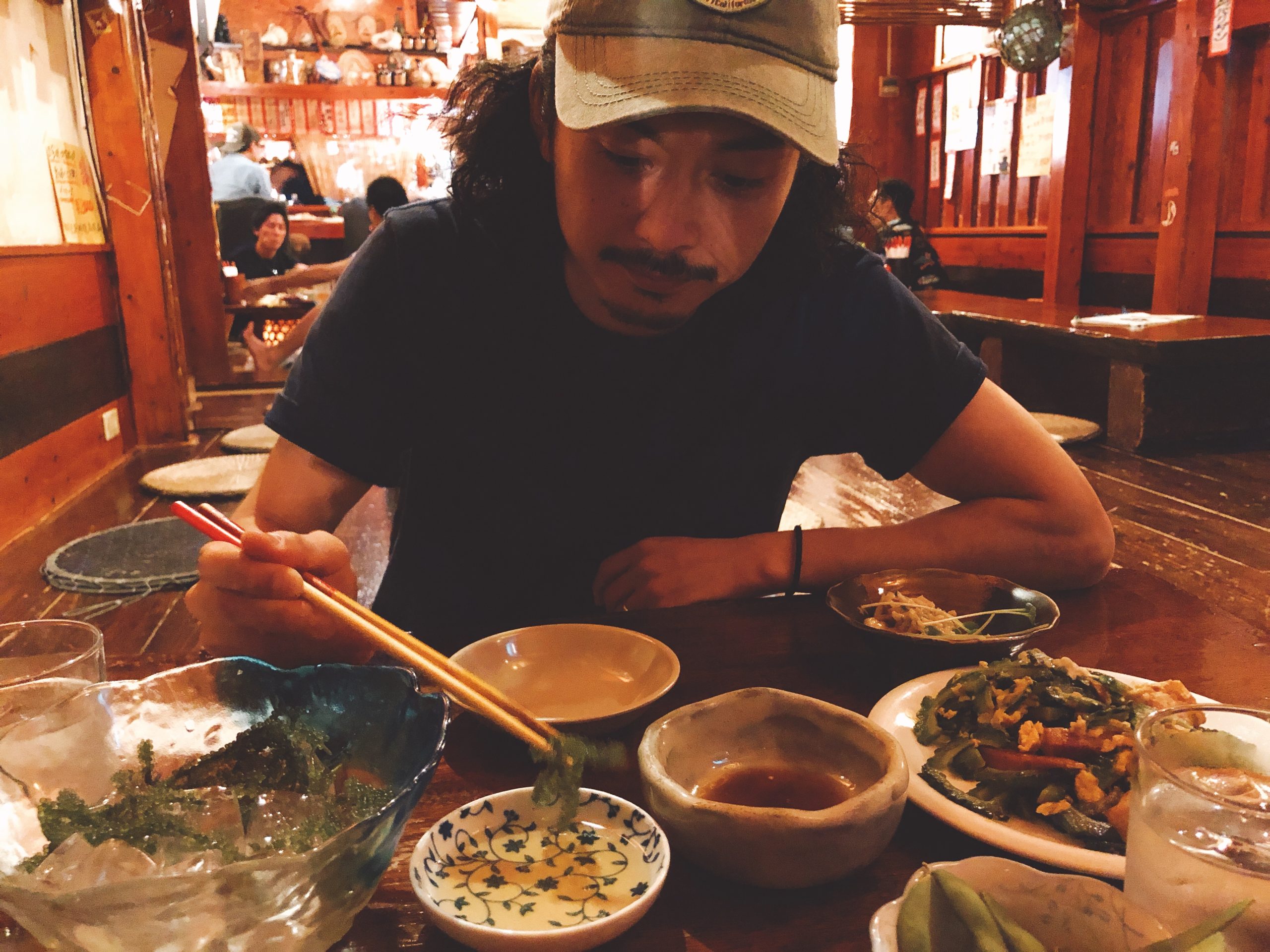 How to get the Tokashiki island

On the second day, finally went to the Tokashiki island. This is the first time I’ve been here. The view from this ship is wonderful and nice breeze. 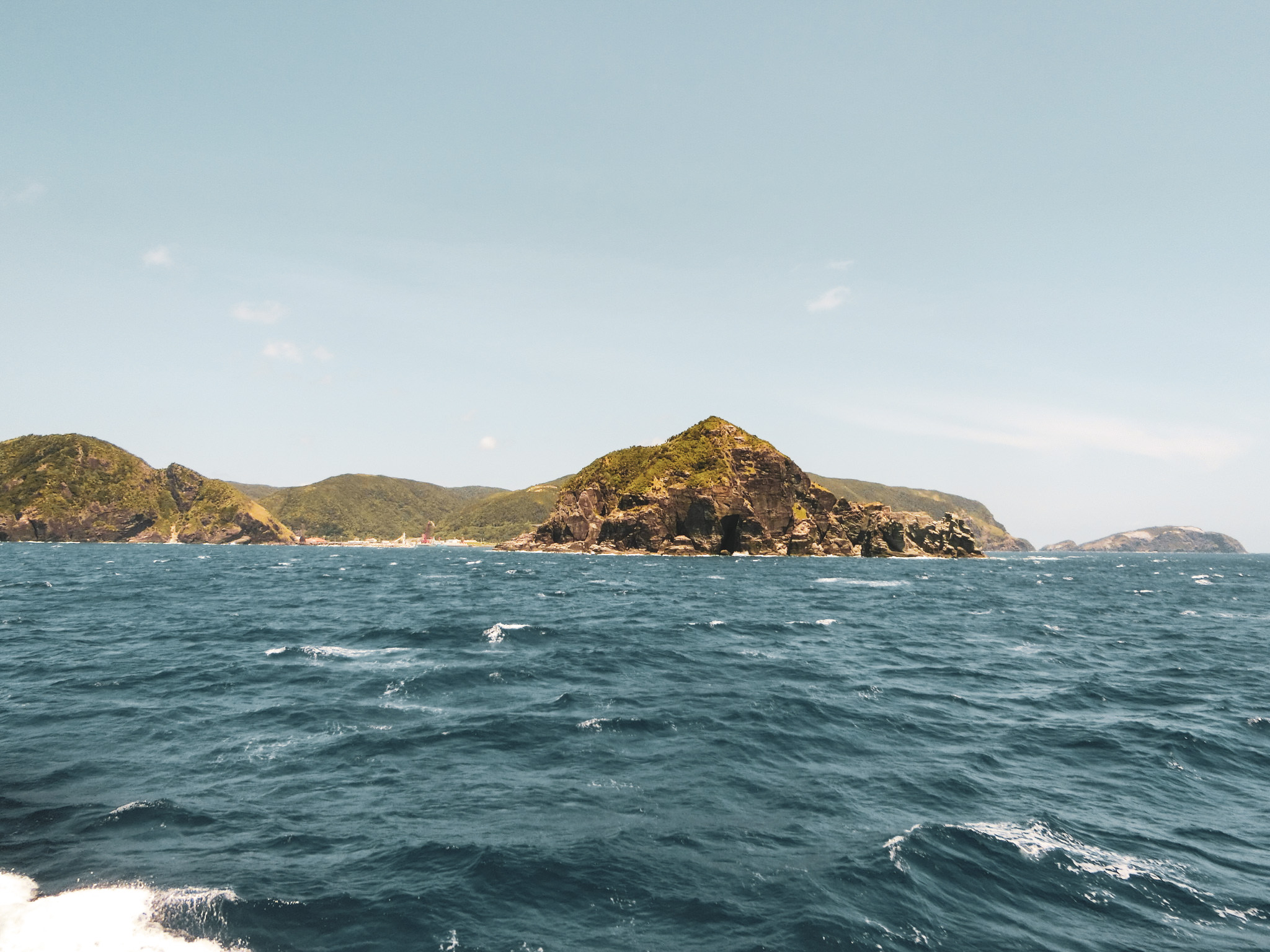 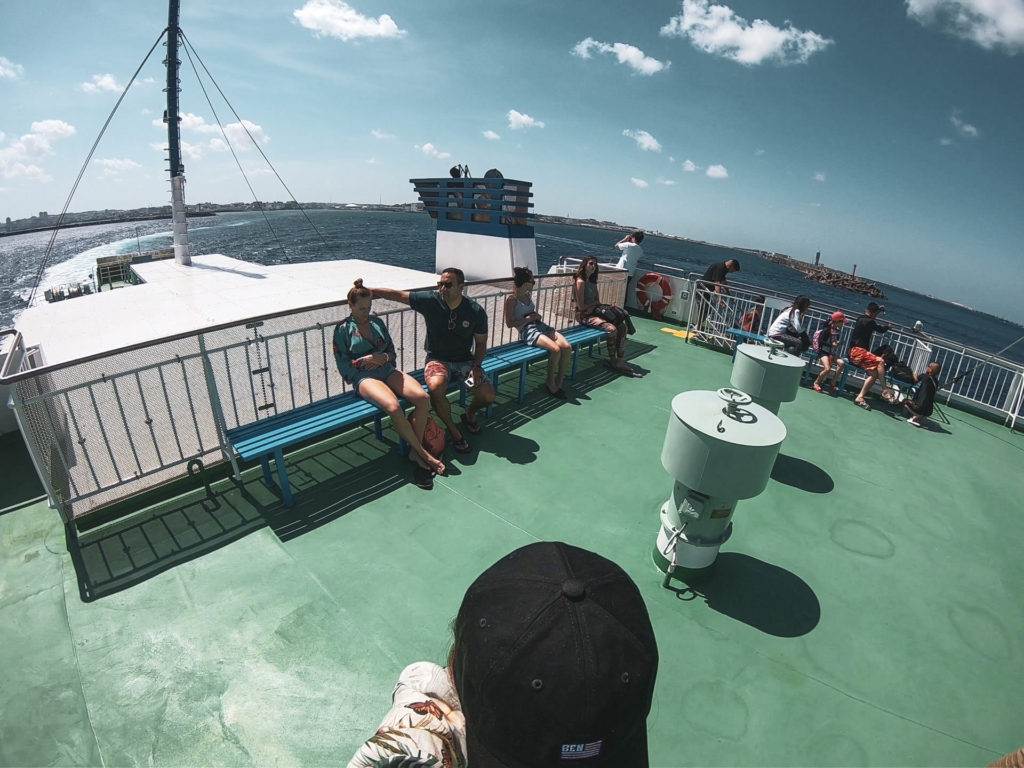 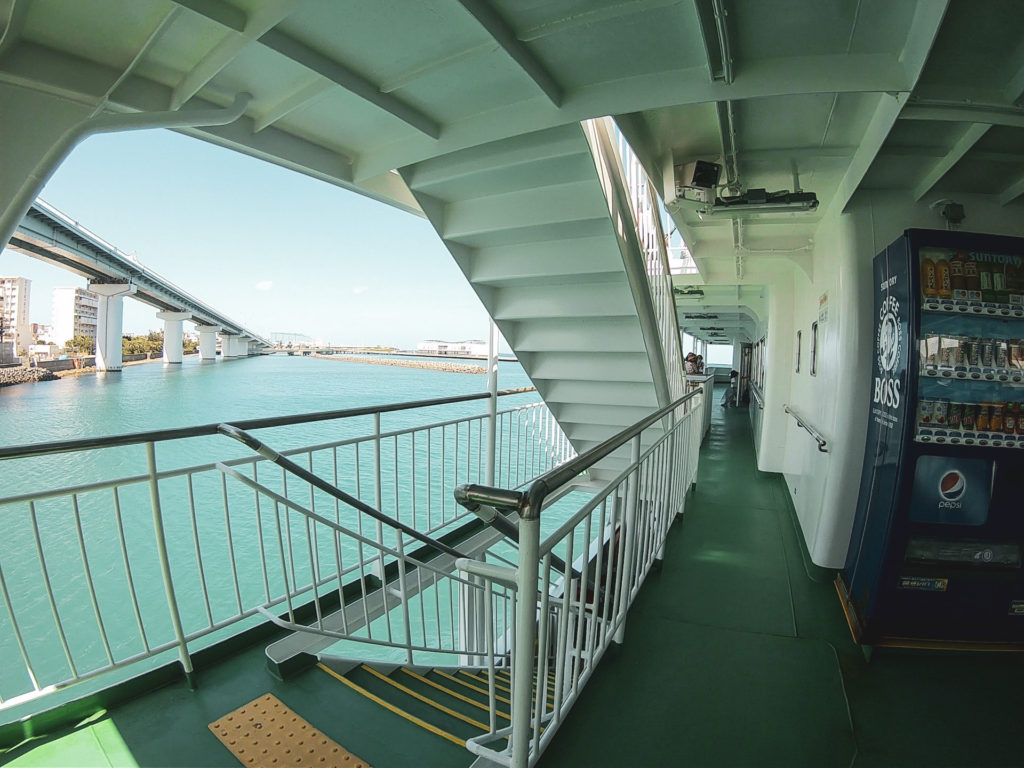 And get off the ship, we made a reservation a shuttle bus from Tokashiki terminal to Aharen beach beforehand. But it costs adults 1100 yen and children 880 yen per person, including beach house fee. driver is coming to pick me up terminal. it took about 10 minutes to get beach but it’s too far to walk because the road is mountain path. 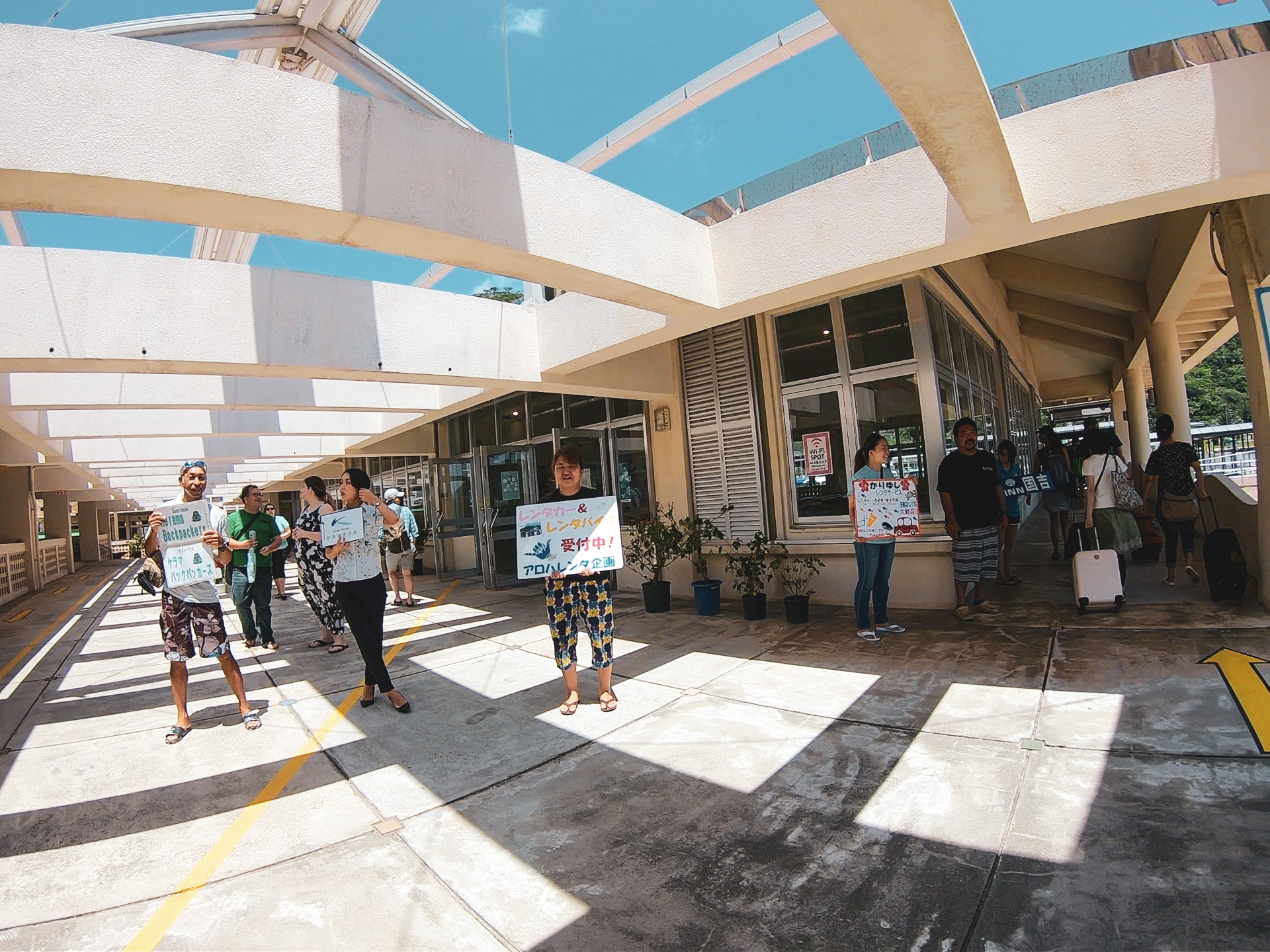 I was surprised at the beach because it was breathtakingly beautiful and I never knew there was such a beautiful beach in japan. I enjoyed snorkeling because the water was so clear you can see to the bottom and I found a lot of fish.
But, I’m sure you spending a good time even if you do nothing special and watching the sea make you feel calm. 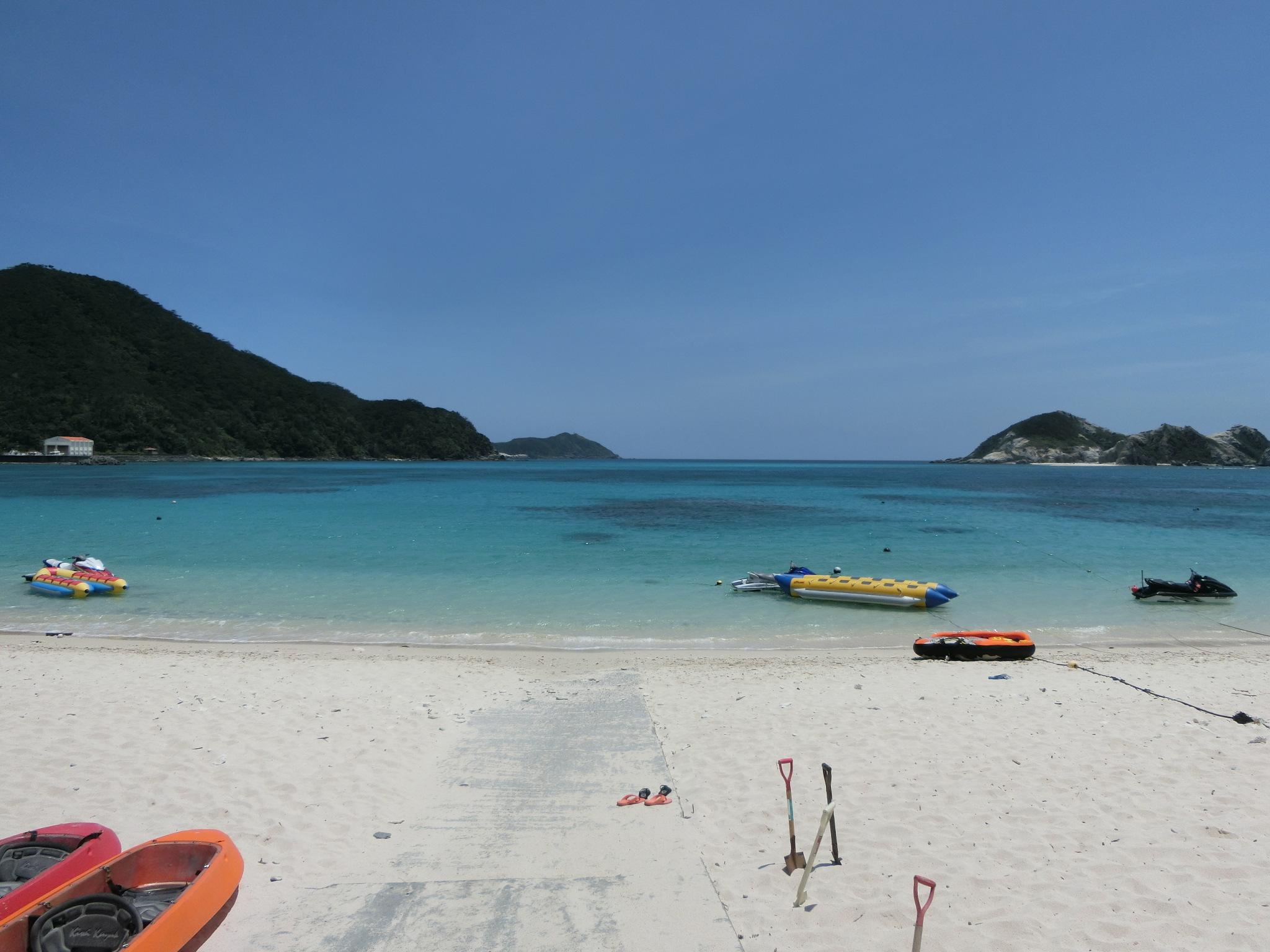 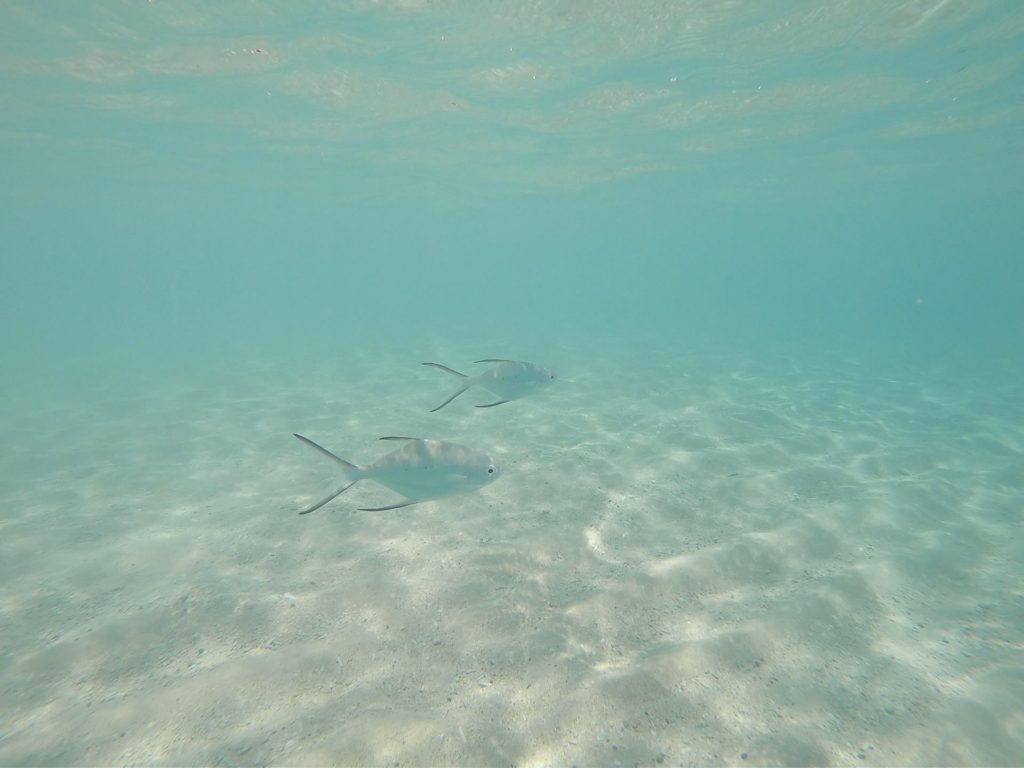 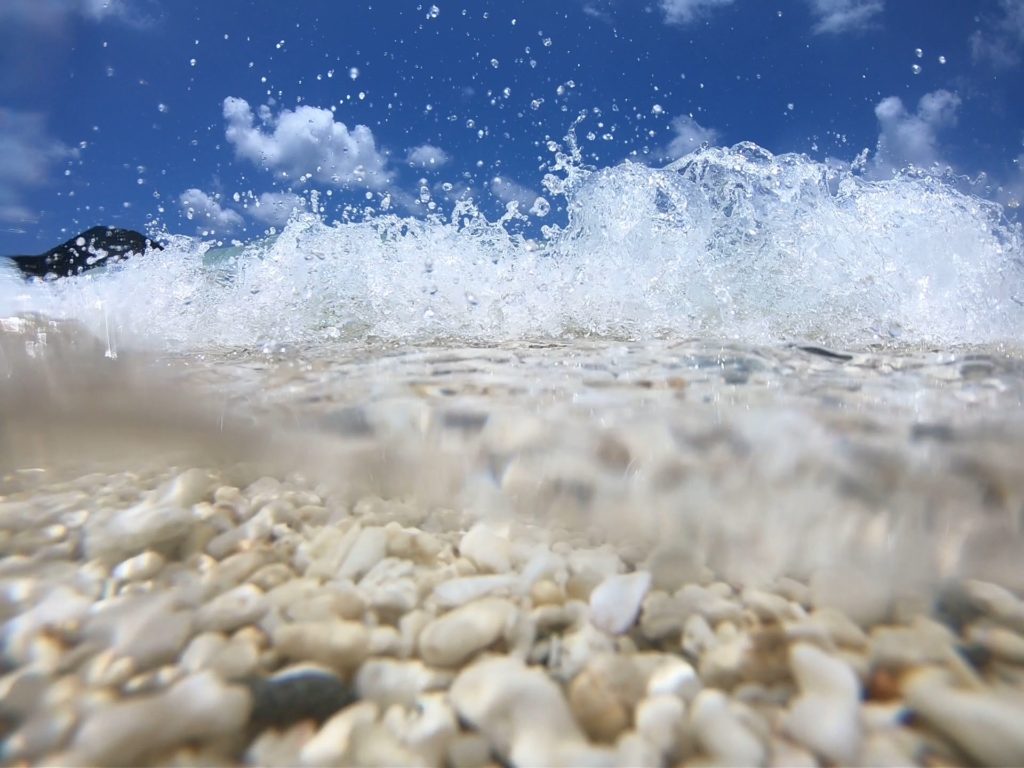 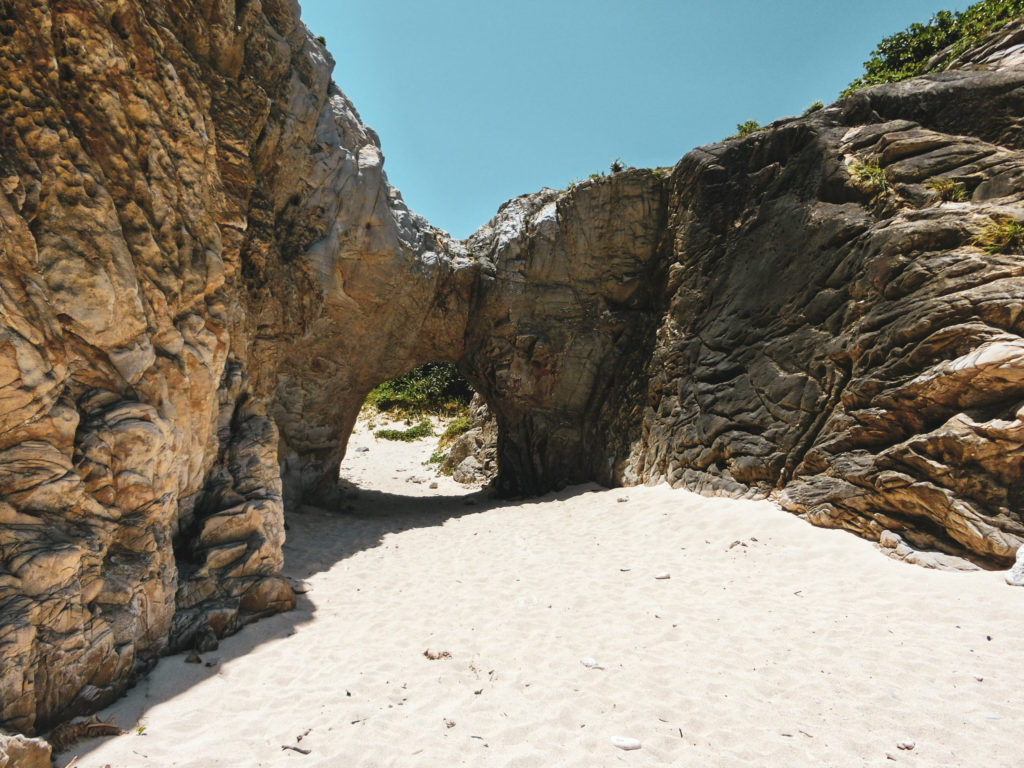 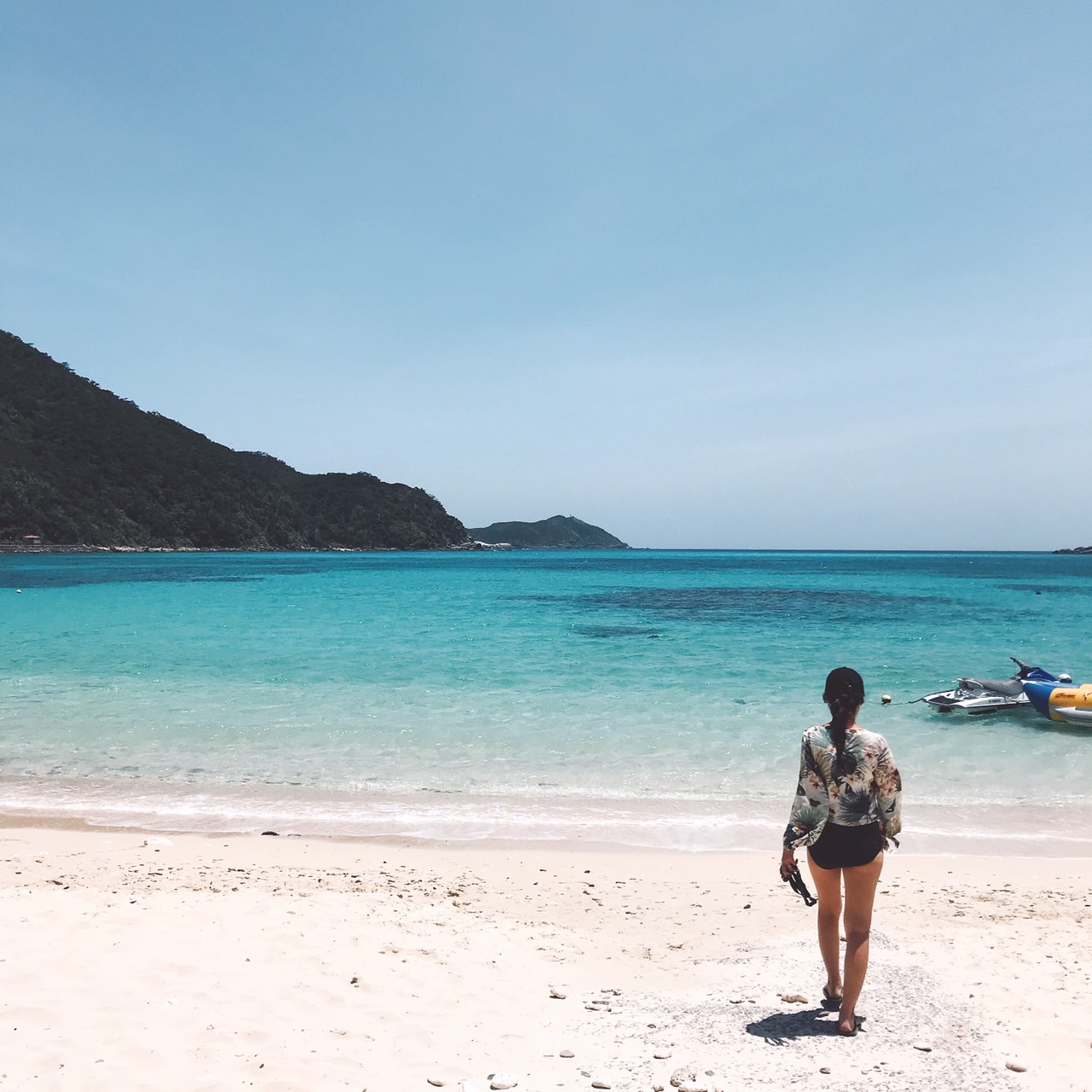 There is a cafe but closes early. 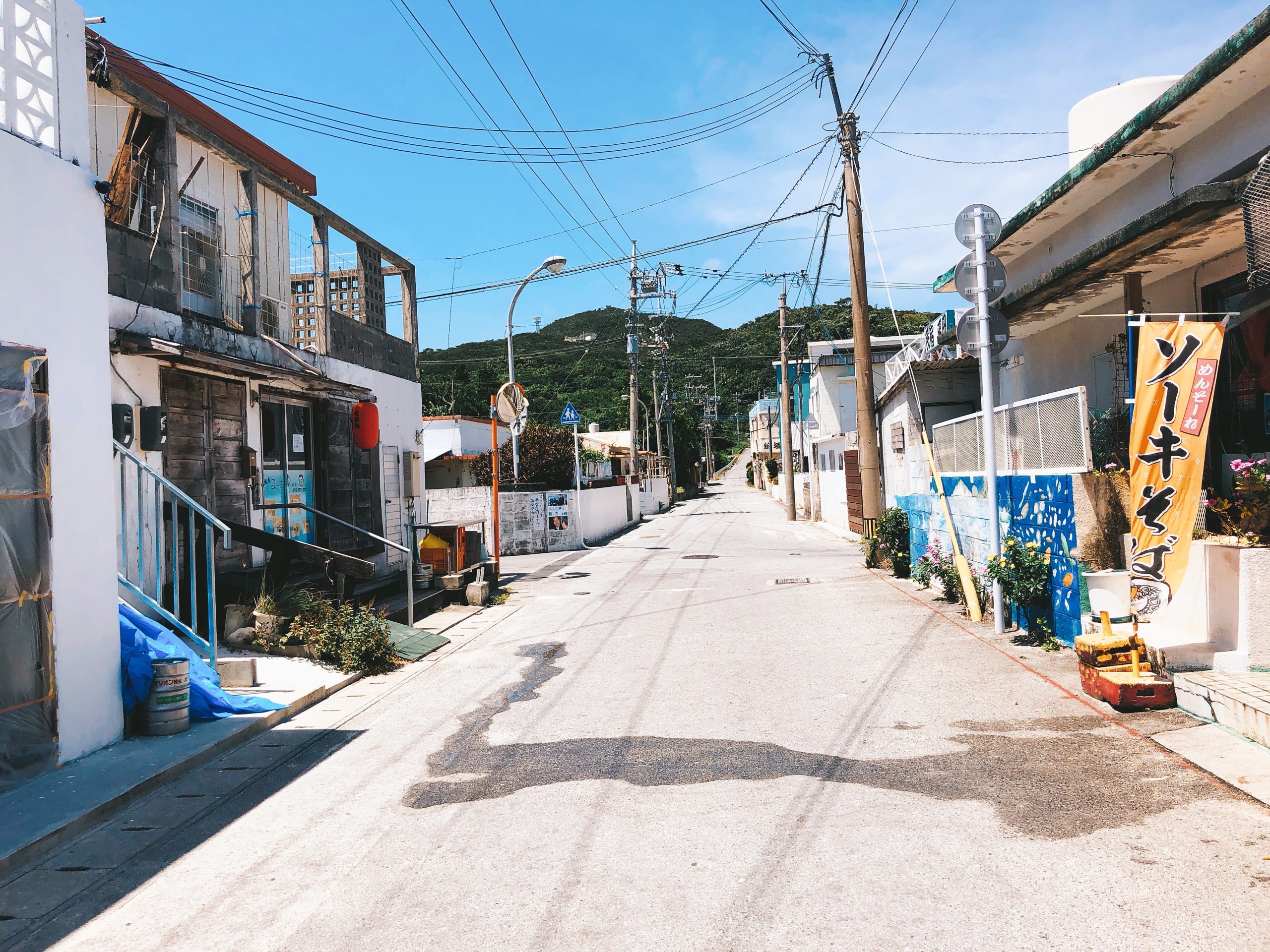 On the way back, they also drove me to the terminal and we went on the ship at 4pm. Before that, I bought some snacks because there was a concession stand at terminal.
there was a TV on the ship so watching sumo with many tourists we had a blast.

we arrived at the tomari port and we return back to the hotel. after that I was take a quick shower went to shopping on Kokusai street and I bought souvenirs for my families.

Why don’t you stop by American village?

When I came to here 2 years ago, we went sightseeing around the Okinawa by rent car and we had lunch at American Village. It took about 40 minutes from Naha Airport to American Village by car. If you’re hungry or want to relax at a cafe or go to shopping and look at the beach you should go there. The American Village has everything you’d need. 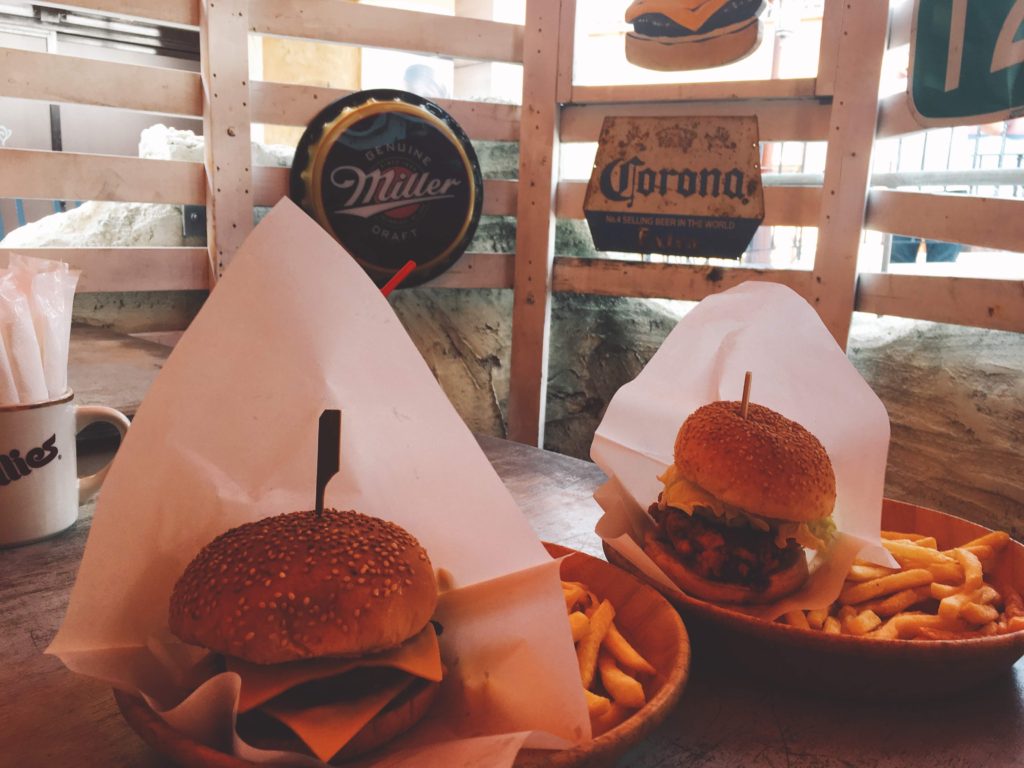 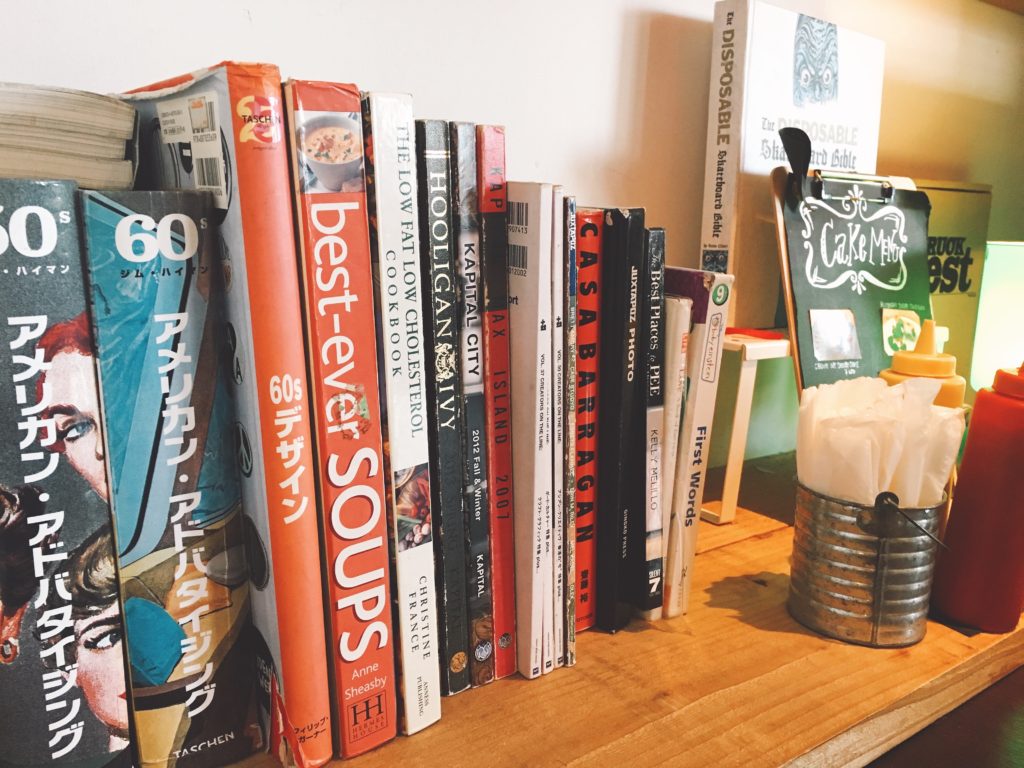 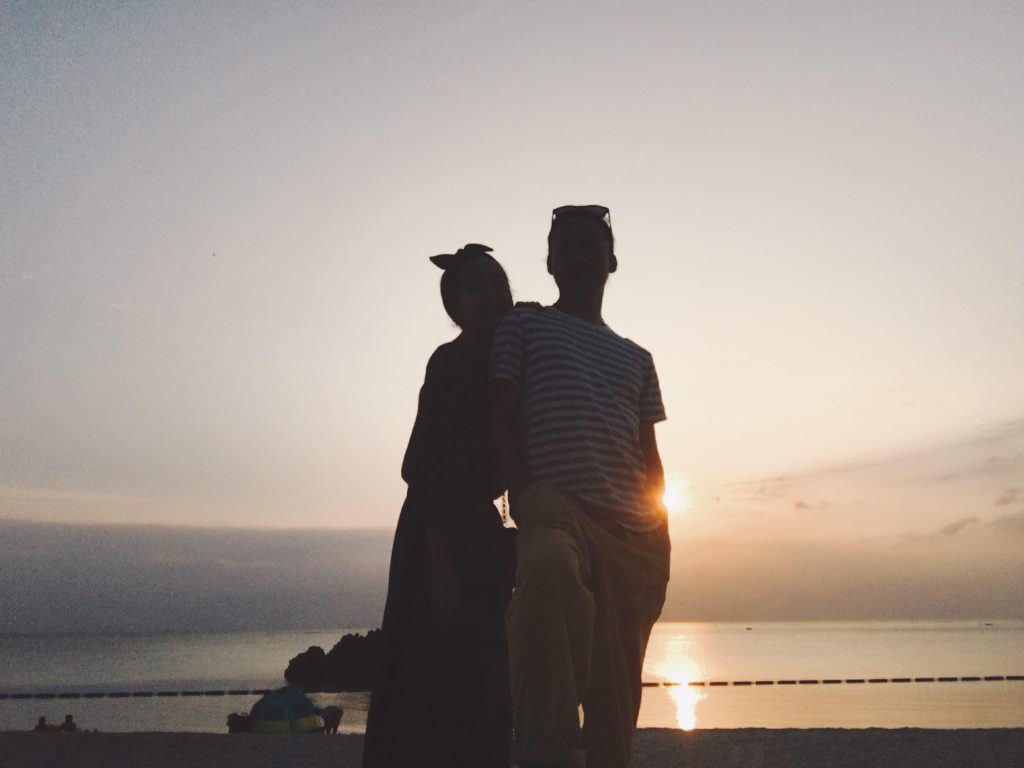 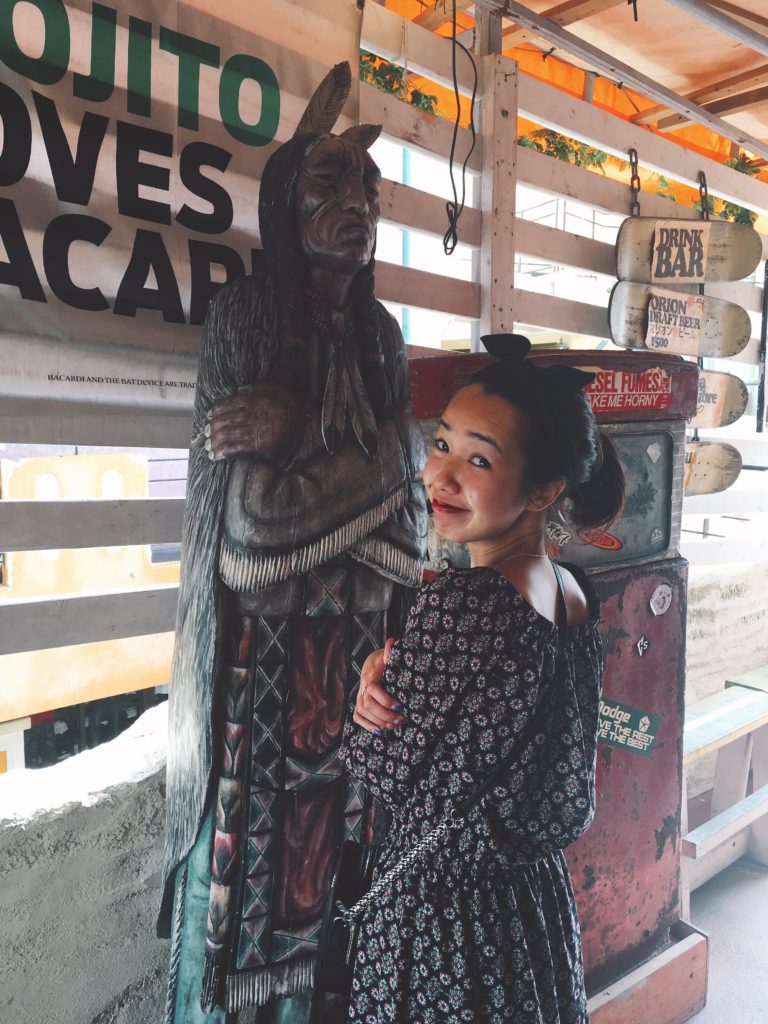 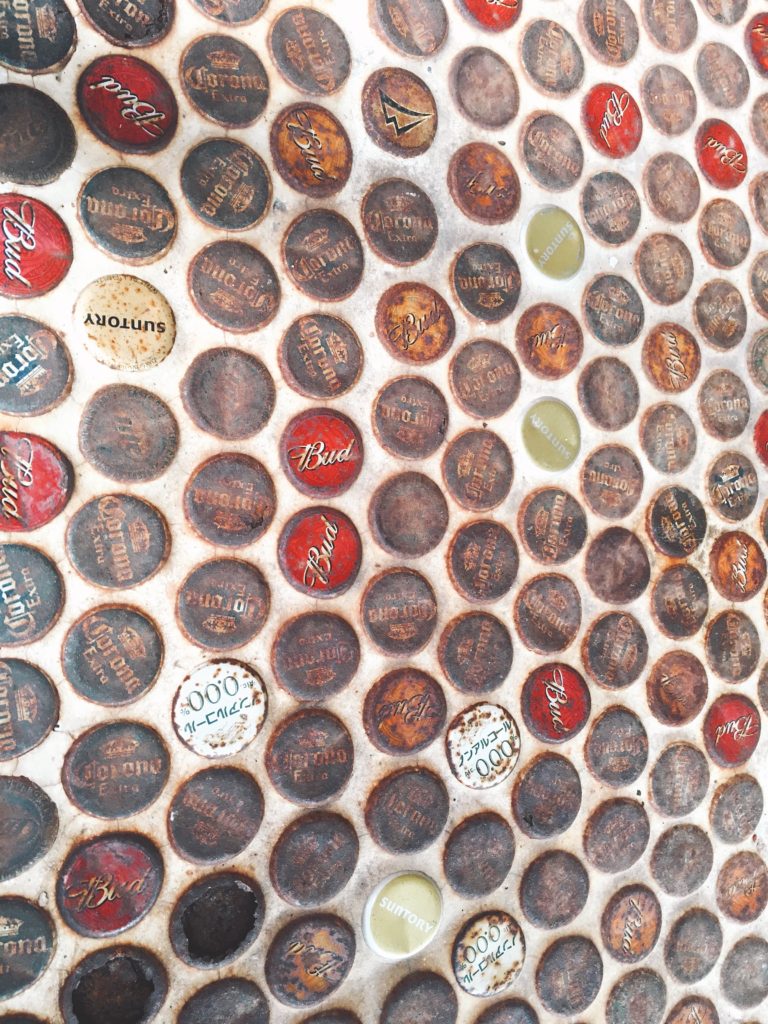 It was only two days, but I had a really good time. There are many rich natural environment surrounded by mountains and beach in Okinawa. I refreshed myself with beautiful beach and nature it made me forget my busy days.
If you have plans to come to Japan, it is good idea to including go to the Okinawa in the plans.

See you next travel!

2021年1月22日 あかり小泉
https://tiny-life.jp/wp-content/uploads/2020/03/logoo.png TINY LIFE – 旅のおすすめ情報をお届け –
Have you ever been to Kagawa prefecture? Kagawa is located in the nort … 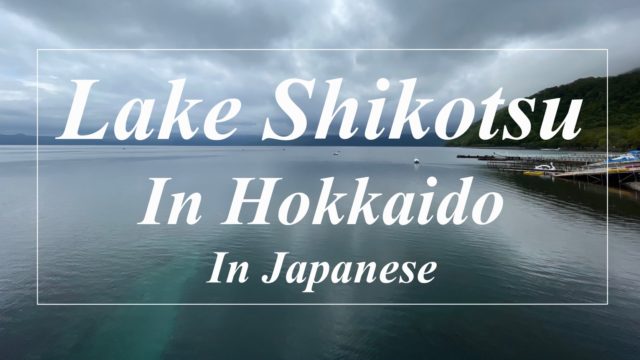 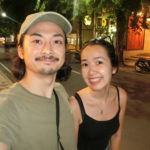